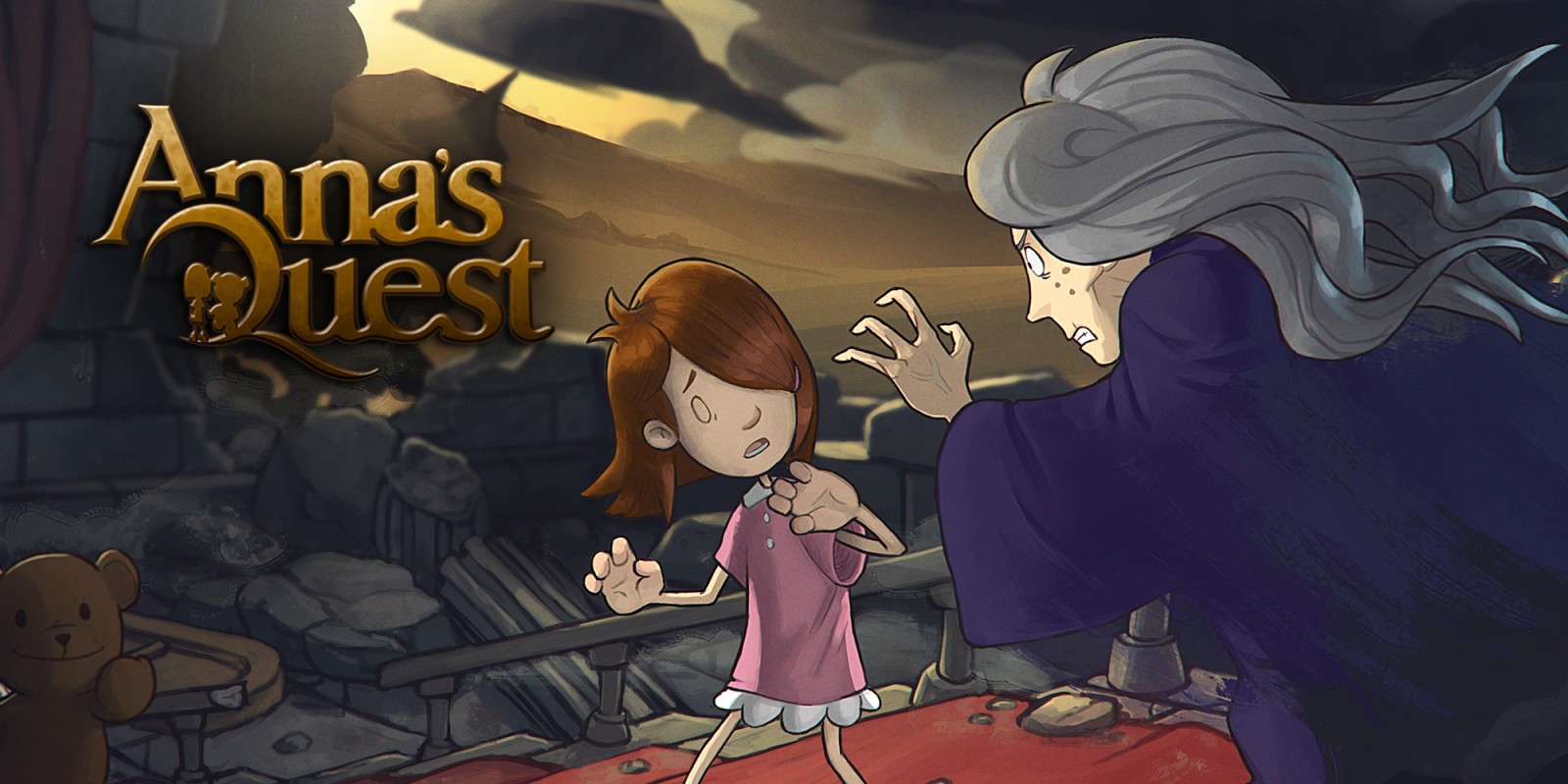 Anna’s Quest is a hand-drawn point & click puzzle adventure set in an enchanting world based on the fairy tales of the Brothers Grimm. The main heroine of the ironic tale is Anna, who tries to help her sick grandfather, but is instead captured by an evil witch. With the help of her newfound telekinetic powers and many familiar fairy-tale characters, she tries to escape and find a cure. In her quest, she will have to fight witches, trolls and dragons, use medieval instruments of torture and modern gadgets, get the help of a dark fox and even get confused with the devil.

Key features:
• An endless backpack with a special place for a dragon.
• Opportunity to be a vandal.
• Discover the wonderful inner world of the Unicorn.
• Black magic and telekinesis – and not only for villains!
• Executions for the whole family!
• Carefree, brave and cool Anna.
• Classic “Point & Click” control with highlighting of important level elements.
• Incredible ending (seriously!)